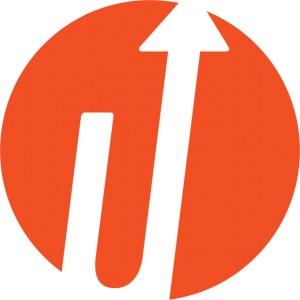 Richmond, VA, (May 8, 2018) — Startup Virginia (SVA) announced today that Richard
Wintsch has been named executive director, effective immediately. Bryan Bostic will resume his
role as an active member on SVA’s Board of Directors of which he took a leave while serving as
interim executive director.
Wintsch officially joined SVA in August 2017. With 14 years of experience at ChamberRVA,
Richard was hired as chief programming officer and charged with creating and rolling out SVA’s
programmatic support of its member companies. SVA’s hope, at the time, was that Richard
could help grow the organization, taking on further leadership challenges.
During that same time, SVA had concluded an unsuccessful regional search for a full-time
executive director. It was then that, SVA Founder and Board Member Bryan Bostic offered to
assume the role of interim executive director. Bryan’s gracious offer was accepted by the Board
of Directors, and an agreement was formed that Bostic would lead the organization through the
opening of the 1717 Innovation Center.
In less than a year, Richard has demonstrated a unique capability to oversee multiple aspects of
SVA including the creation and rollout of an extensive programmatic calendar, the design &
launch of a new website, and the day-to-day operations of the organization. As Executive
Director, Richard is charged with ensuring SVA’s overall goal is met – to help central Virginia
companies mature faster and smarter than they would have on their own. He will lead hiring
multiple staff members to backfill his programs role as well as other strategic opportunities. ‘We
all knew Richard had upside when we hired him, but wanted to see him show us first hand,” said
Brad Cummings, Chairman of SVA’s Board of Directors. “He is a fantastic envoy for the
organization and has consistently led by example. The Board is excited to reward his hard work
with this new title and role, and can’t wait to see the heights he will help SVA reach.”
As interim Executive Director Bryan led fundraising, membership and community engagement
efforts for SVA and the incredibly successful launch of SVA’s new space in the 1717 Innovation
Center – with membership growing from 15 companies in 2017, to 31 companies upon moving
into their new space, and 57 companies today. “The Board is eternally grateful for Bryan’s
willingness to step forward at such a pivotal time in SVA’s growth,” said Cummings. “Bryan was
the perfect person to play the interim role at a key time in Startup Virginia’s maturation. He did
an amazing job of raising awareness for our young organization, and has been SVA’s biggest
advocate throughout the region. No one shows more passion than Bryan and he will forever
hold the title of the first Executive Director for SVA.”

SVA is already getting requests to provide its platform to other parts of the state. ‘We are
thrilled to partner with other Virginia geographies to collectively and uniformly raise the level of
our startup ecosystem,’ said Wintsch. ‘With partnerships across Virginia, we can create quite the
startup force. I am honored to lead the charge on behalf of Startup Virginia.’

About Startup Virginia
Founded in 2016, Startup Virginia’s (SVA) mission is to establish Central Virginia as a premier
destination for high-growth startups making real impact in our communities and beyond. By
solving the need for a physical location where like companies can work, be programmatically
supported (mentors, education, events), and have ready access to capital, Startup Virginia
currently serves more than 50 companies. At SVA, we champion passionate entrepreneurs who
are turning today’s potential into tomorrow’s progress.